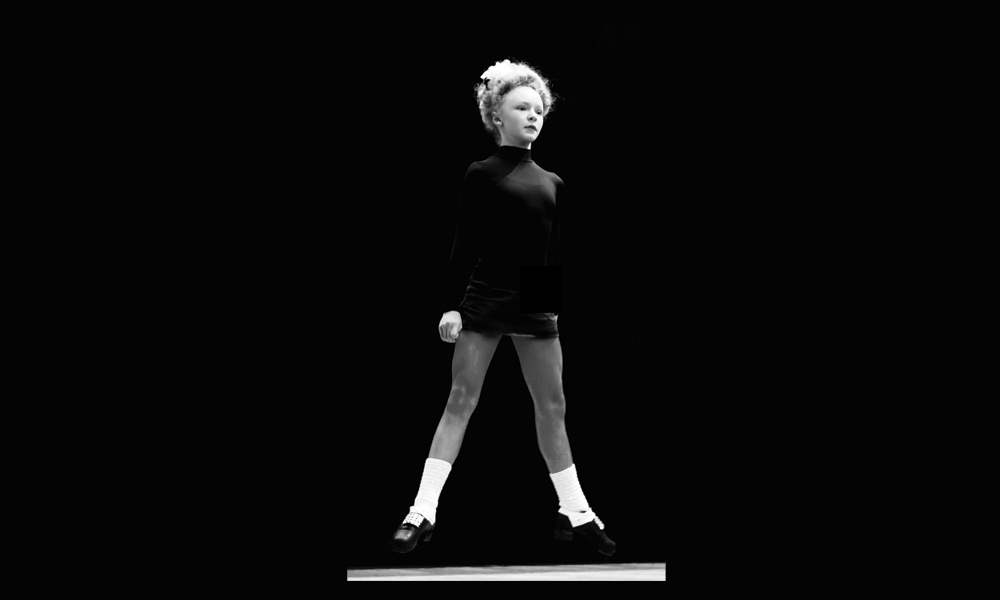 Country of origin or culture: Irish
Established in 2010 by World medalist and Riverdance cast member Zeph Caissie, Diaga Irish Dance has become renowned for excellence. Our school is connected to the rich Celtic heritage of the Maritimes and our performances regularly feature local musicians.
Our dancers have performed in the Royal Nova Scotia International Tattoo, Hamburg Polizeishow, and will be featured artists in the 2021 Belgium Taptoe. We host Fundy Feis, an Irish dance competition in the Maritimes, and The Celtic Christmas Show, an annual celebration
of Celtic culture. 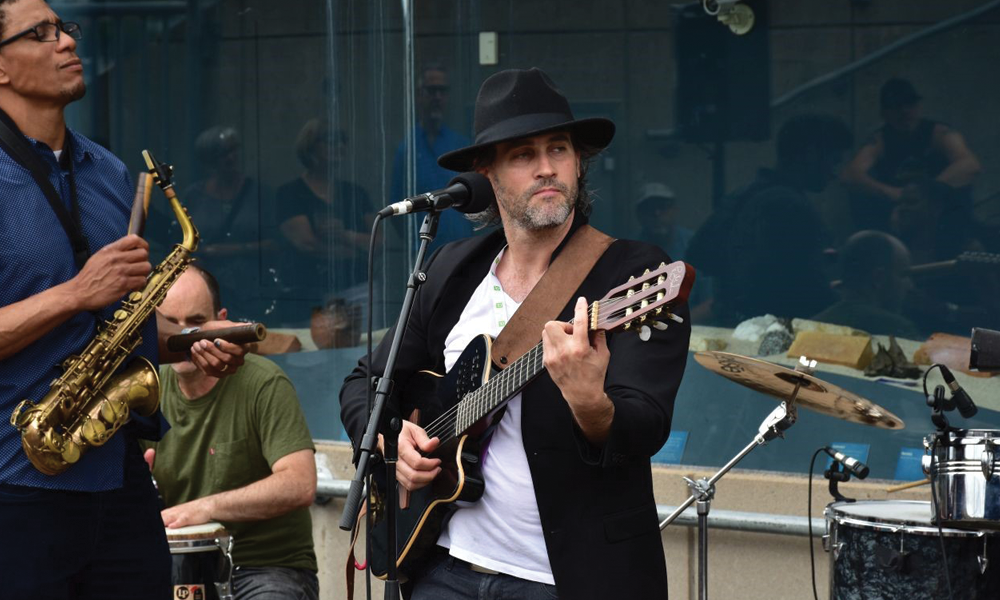 Country of origin or culture: Cuban
Marcel Amores & Plan Ashé ( M.A.P.A ), is an upbeat Cuban contemporary music band based in Halifax, Nova Scotia. With members from the beautiful island of Cuba, Venezuela and Canada, our music delivers a fresh & new sound influenced by Cuban, Spanish and African rhythms that blend in common waters with contemporary Latin Jazz and Funk. M.A.P.A has performed at many festivals and venues in Halifax and across Nova Scotia including Halifax Jazz Fest, Cape Breton Jazz Fest, Nova MultiFest, South Shore Multicultural Fest and ECMA week. 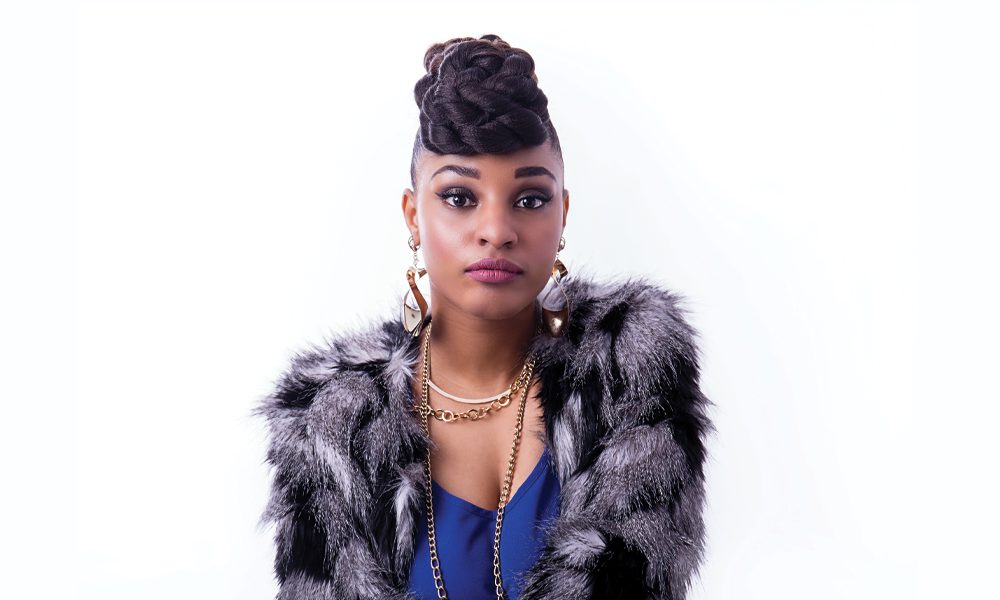 Country of origin or culture: Nova Scotian
Reeny Smith is a powerhouse on the stage and in the studio. A songwriter, musician and producer, Reeny delivers magic every time she hits the stage. Her extraordinary vocals, confident presence and energetic live show make for a truly unforgettable, entertainment experience. At last year’s East Coast Music Awards in Charlottetown, Reeny’s stunning performance at the Awards Show brought her a standing ovation topped off with two trips to the podium to take home a pair of trophies. She was also named to the Top 10 of CBC’s
national Searchlight.
Her first full-length album, WWIII: Strength Courage Love was released in 2018 and her song-writing took her to Germany and Japan. She’s collaborated with artists like Quake Matthews and opened for Anderson Paak, but through it all, Smith says the thing she’s the proudest of is developing her craft as a songwriter and being recognized for the hard work she’s put into the depth and realism of her work. She is currently working on a new Christmas album for release in fall 2020. Reeny has always been inspired and nurtured by her extensive musical family and friends growing up in North Preston, Nova Scotia. 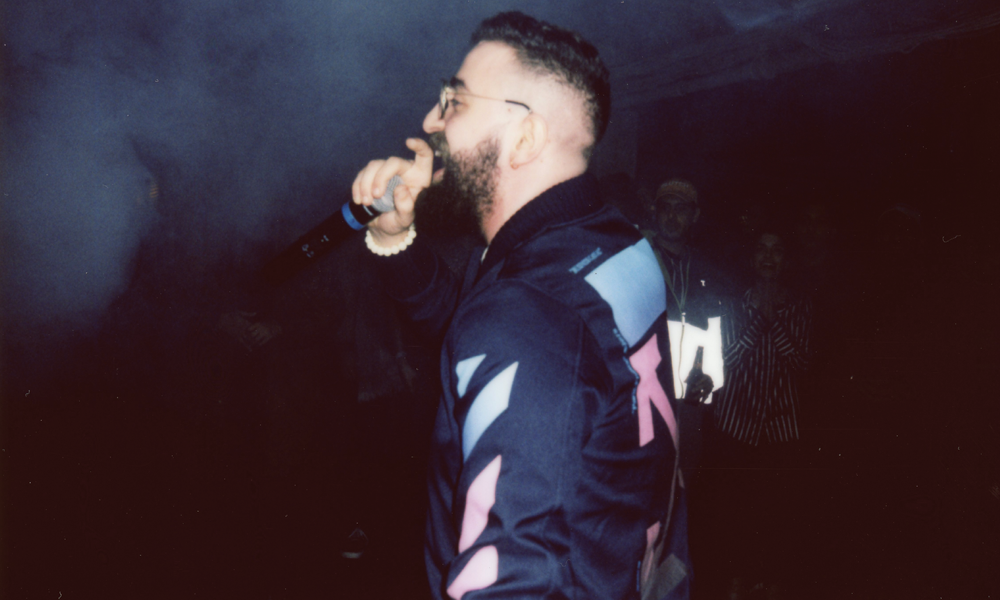 Country of origin or culture: Syrian & Lebanese
Shanii22 is a Syrian- Lebanese breakthrough artist in the music scene. Now based out of Halifax, Shanii22 brings a cluster of combating personalities with a diverse take on music. 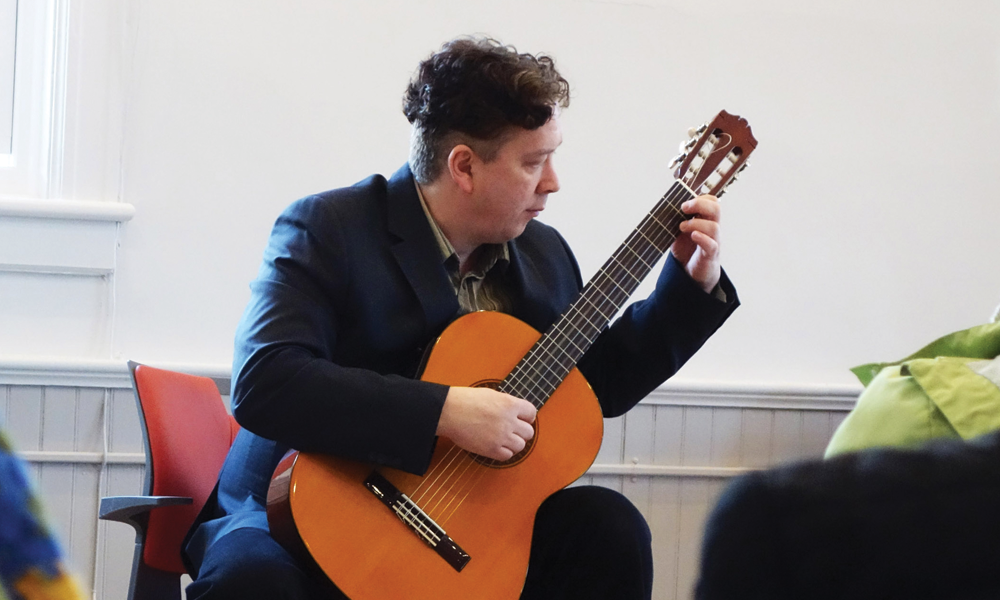 Country of origin or culture: Russia
Before Vladimir - professional musician for more than 20 years - made Canada his new home, he mastered his guitar and composition in Russia. A prize winner of an international classical guitar competition, he graduated from Rostov State Conservatory and toured across Europe. In Canada Vladimir continued his musical career. He has released a few classical and jazz guitar albums and created two original musicals, A Christmas Dollhouse and Oak Island Treasure, both co-written with Cheryl Edgett. He has been teaching music at Talent Studio and SCANS in Halifax, performing with many bands and musicians all across Canada, and appearing on award winning records, TV and radio stations. Vladimir is the musical director of The Shining Lights Choir - a community choir for homeless and disabled people in Halifax, NS. 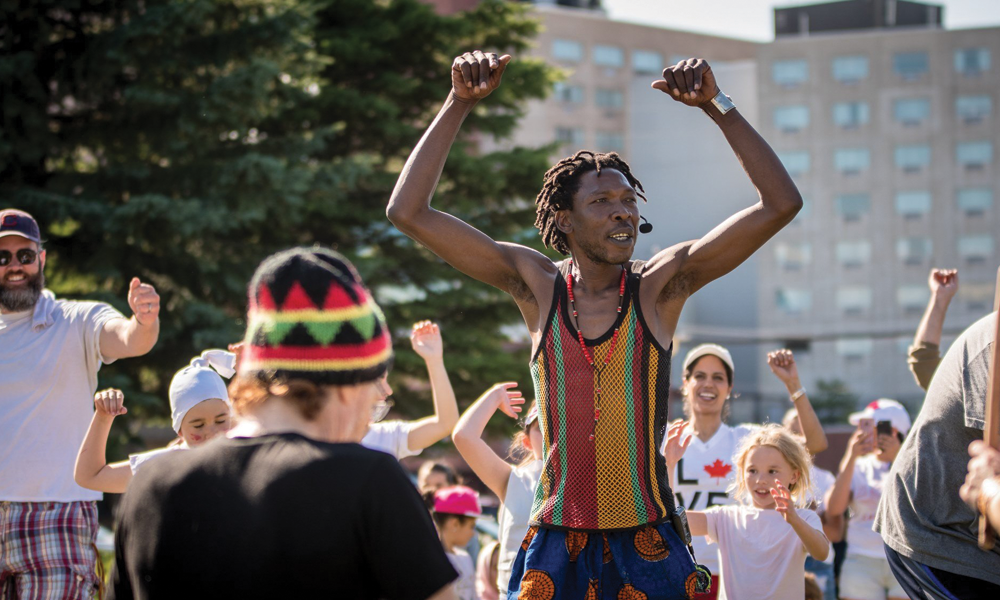 Country of origin or culture: West African
Wontanara Drum & Dance is a company and school of African dance and percussion based in Halifax, NS which has been founded by master dancer and choreographer from Guinea, Mohamed André Duranteau. This dynamic group specializes in teaching and sharing traditional languages, rhythms and songs from Guinea in West Africa. Wontanara, which means "we are
united" in the Susu language of Guinea, is a true definition of the spirit of West African dance culture and traditional music and the driving force behind it making Wontanara an unforgettable
experience! 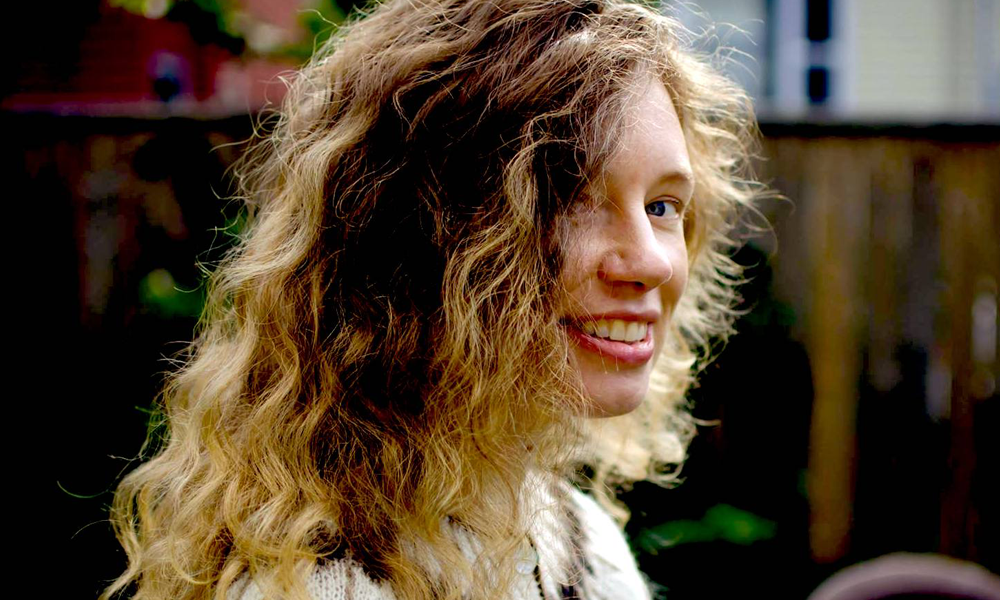 Country of origin or culture: Icelandic

Bio: Ann Helga Denny is an Icelandic Canadian and longtime Haligonian. She hails originally from London Ontario, where she started classical voice training as a child. She grew up listening to the industrial garage rock sounds of her father Peter Denny’s band The Luddites. In the 2000s, she played in Toronto shoegazer band The Airfields, and also sang for a season in Iceland’s National Opera chorus. In Halifax, she collaborates on new Canadian music with Upstream Orchestra and Vocalypse Productions. Lately she’s known for her passionate renditions of Edith Piaf (Halifax Jazz Festival) and original work in her band Mother of Girl (Open Waters Festival).

At Mosaic, Ann will be offering a mainly solo set with some support from local musician friends. In her words: “I am so grateful to be part of the Mosaic Festival, Halifax’s celebration of diversity and shared musical heritage on Mi’kmaw territory. For this show, I will bring out my Icelandic roots, singing for you some traditional folk songs in honour of my ancestors, who journeyed here in the late 1800s. I will also offer my own written and improvised melodies, on Icelandic poems and lyrics, to beats made by some of my talented producer friends. I may throw in an early Bjork cover too.. after all, she is Iceland’s voice to the world in modern times! It will be so much fun to sing for you in my Mother’s mother tongue, look forward to seeing you there!” 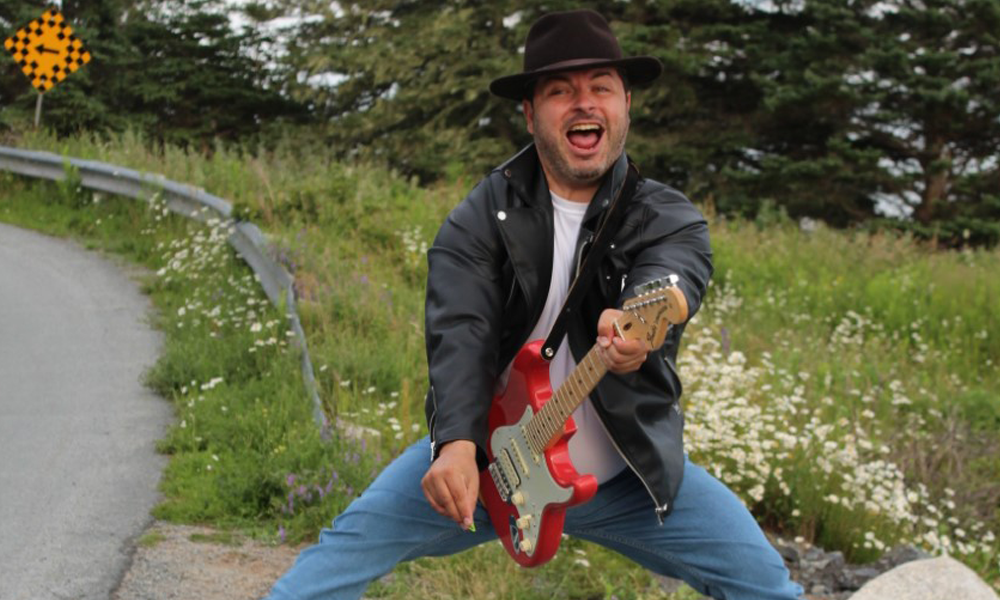 Raymond Sewell is a musician from the Mi’kmaq community of Pabineau, New-Brunswick. He started learning to play music at home when he was very young, picking up all the instruments he could find. He’s been performing on New-Brunswick and Canadian stages since the early 2000s. Steering clear of labels, his music and compositions can be hip-hop, barbershop, soul and even opera, an art form he’s currently studying in Halifax. Raymond is a prolific writer who puts pen to paper every day, accumulating songs from all musical genres. His project combines original lyrics and pop-soul melodies. 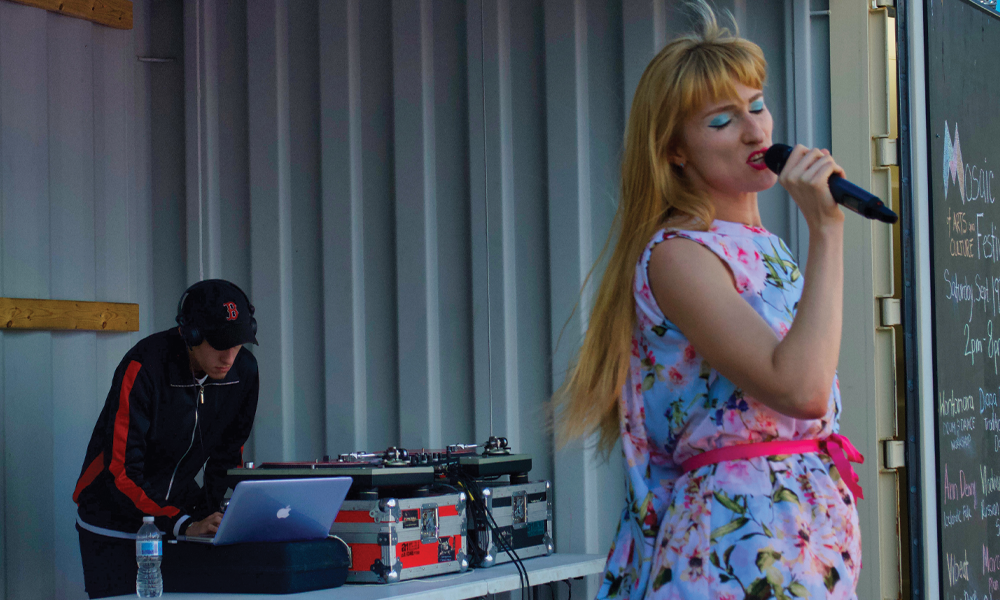 Country of origin or culture: Ukranian
Iryna Gerus was born in Ukraine to a family of mathematicians, who were her first audience at home concerts. Which is funny because math people aren’t usually the best music listeners.

At the age of 6 she was already singing in a duo with her grandmother Lidya. When she was 7, her father and sister were once secretly watching her singing a song & playing piano... After she finished, they were practically speechless. On that day she made the decision to share her talent with the whole world.
Iryna has performed around 200 concerts in 30 countries. 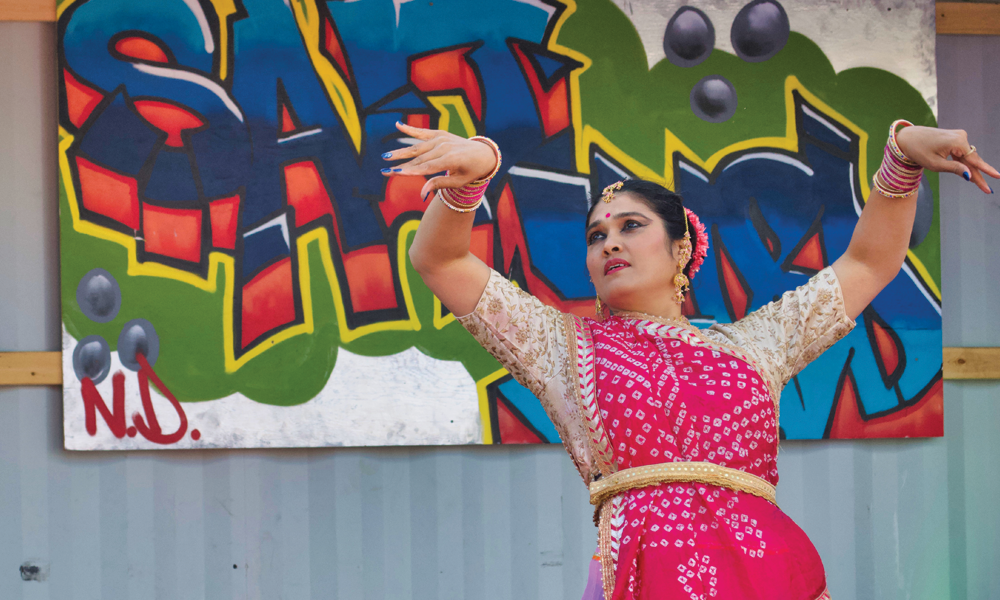 Country of origin or culture: India

ViBeat is a Dance Studio in Halifax and Dartmouth that teaches classic Indian dance, Bollywood, and Indian folk dances.